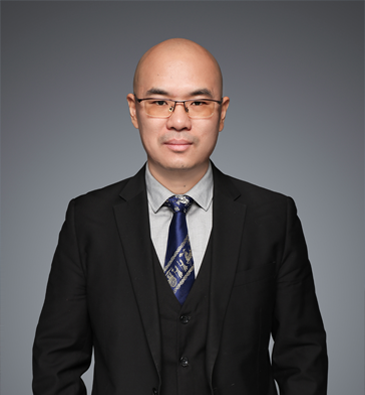 Basic Information
Roberto Luo is a licensed patent attorney and also a licensed attorney at law in China. He has been worked in patent areas for about 13 years, focusing on helping clients to build their patent portfolio globally as well as enforce their patents in China. Roberto also provides his clients with various patent-related due diligence opinions and disputes resolution opinions, especially for those high-tech companies having business in US, Europe or China. Roberto has handled with over 1300 patent, and two third of them are international patents. In addition to Chinese patent matters, he is also familiar with European and US patent matters due to the long time practice. His working language includes Chinese, English and German.
Roberto has a technical background in fields of EE, telecommunication, computer science, automation and automotive electronics. He has represented many Future 500 companies for their patent matters in China, including ABB, Bosch, Celgene, Continental, Ericsson, Epson, GE, Gillette, GM, Honeywell, Illumina, Intel, Johnson & Johnson, Kimberly-Clark, Klauke, Kraft, Mann Diesel, Nokia, P&G, Phillips, and Volkswagen, and etc. Roberto has also provided with directory opinions for several start-up technical companies along with their growth, half of them already have a $100 million valuation. Roberto specializes in providing patent opinions for companies in fields of semi-conductor, telecommunication, artificial intelligence and big data.
Roberto has received his bachelor degree of EE in Nanjing University and his master degree of telecommunication in CDHK (Chinese German High College) of Tongji University. He was once an engineer in Bosch. Roberto started his patent attorney career in China Patent Agent (CPA), the earliest and biggest patent company in China, and worked there for about five years. Roberto also worked in Jones Day, one of the global top ranked firms, for about four years.
Performance
●  Involved in global patent disputes of a Sweden world-famous telecommunication company (maybe Top 1) with a Shenzhen-based world-famous telecommunication company (maybe Top 4), represented the Sweden company in a series of Chinese patent invalidations against the Shenzhen company and obtained favorable verdicts.
●  Involved in global patent disputes of a world-famous US razor manufacturing company against another US top 10 razor company, helped the client to sue the competitor in China and obtained favorable verdict.
●  Represented a renowned German tool company to negotiate with a competitor in Taizhou infringing their patent rights and pirating their technology to apply patents, and successfully made the competitor to sign a cease and desist agreement.
●  Represented a German fine mechanic company to invalidate a series of patents of its competitor in Shanghai, wherein the techniques involved in these patents were possibly imitated from the products of the German company, and helped the client to build up a protecting scheme from technique imitating.
●  Represented a Swiss company and provided secondary counselling opinions regarding its world leading semiconductor wafer cutting technology in a dispute against a Chinese competitor.
●  Represented a famous toy company in Shanghai from their start-up, including providing them with free to operate opinions, building up their patent portfolio in US, and defending them against a patent infringement accuse from a Google-invested VR company, and successfully made the accuse withdrawn because of a successful search of a key reference document in Japanese.
●  Represented a small sized Chinese company accused patent infringement against a famous UK vacuum cleaner company, obtained a favorable settlement solution by setting up a dilemma for the opponent in the infringement case and the invalidation case.
●  Represented a smart home company in Shenzhen, including refusing the request from a Netherland company of royalty fee by comprehensively stating non-infringement analysis, defending them in a patent infringement suit in US initiated by an NPE by finding an loophole in the priority chain of NPE’s basic patent and thus invalidating it with a key reference document.
●  Represented a telecommunication company in Nanjing whose techniques are involved in military-to-civilian technology, providing them with free-to-operate opinions for so as to design around the competitor’s patents.
●  Represented a Suzhou company to build up their global patent portfolio, obtaining a dozen of patents granted in China and as well as in US, Canada and Australia.
●  Represented a Changzhou semiconductor company which is set up by a Stanford group, providing directory patent opinions for them, wherein the valuation of the company is close to unicorn level.
●  Represented a Beijing automotive electronics company which has awarded CES innovation rewards for four times, including providing them with directory patent opinions, helping them to build up global patent portfolio, and helping them to set up cooperation relationship with a famous international automotive company.
●  Represented a leading medical company in Shanghai, helping them to build up their global patent portfolio on their medical device techniques, and providing due-diligence opinions for their IPO.
●  Represented a small-sized company for a series of design patent disputes in Tmall platform, obtaining favorable verdicts for their patent infringement cases and invalidation cases, wherein one patent infringement case became the first successful case of “inverse behavior preservation” in China.
●  Represented a world-leading consumer electronics company (maybe Top 1) for their trademark disputes in China, providing helpful counselling opinions for one of their famous trademark which became a common name of that type of product.
●  Represented a China mobile game company (Top 5) in their start-up period, providing helpful counselling opinions on their copyright disputes against a famous US game company.
Represented a German famous automated machine tool company for their IP matters in China, including filing a trademark administrative review for them and successfully making the involved official decision withdrawn.